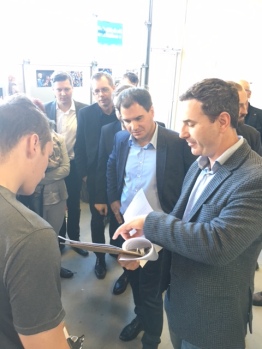 Campaign strategies and tactics in the United States are the most advanced in the world. There’s plenty to dislike about American politics—the massive amounts of money, the never-ending campaign—yet there is a sophistication of American political advertising, campaign organization, voter motivation, and data management that can apply in other contexts.

Arkedis Strategies and Karakoyun Strategies partner to create high-quality election delegation study trips to the United States during elections. We plan the itinerary and accompany your group to two days of meetings in Washington, DC, followed by three full days in a key battleground states to see canvasing and campaign operations up close.

Karakoyun Strategies strongly believes in the power of sharing campaign and election strategies across the globe, and in that spirit Kristina Wilfore serves as Vice President of the European Association of Political Consultants and is on the board International Association of Political Consultants. She also serves as a Political Fellow with the Truman National Security Project which unites next-generation veteran, political, and policy leaders to develop and advance strong, smart, and principled solutions to the global challenges. 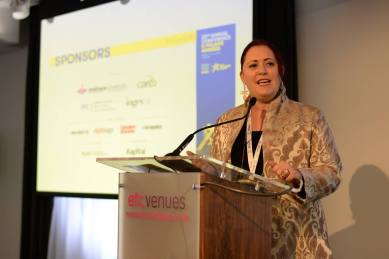 Kristina served as Conference Chair of the EAPC’s 23rd Annual conference in London in 2018. The perception of dysfunctional political institutions, rampant use of fake news, and the rise of right-wing extremist parties have led to widespread public distrust in government. Global developments such as the refugee crisis, security and border control issues, and rising levels of income inequality have helped produce deeply polarised societies across the world.

At EAPC’s annual conference we examined the complex web of social, economic and political concerns that are driving these divisions, with an upclose look at how politicians can address the scepticism of voters driving polarisation. We explored how political leaders and strategists (using modern campaign tools) can be more effective in responding to low levels of socio-political trust.

You can watch some of the sessions on the EAPC Facebook page.

From the growth of populist movements across Europe to Britain’s vote for Brexit, and the election of Donald Trump, voters are expressing their dissatisfaction with t
he status quo. Right – populist parties have made inroads in recent elections by joining xenophobic, anti-immigrant sentiment with calls to refocus government on the needs and struggles of the native-born. At EAPC’s annual conference we will examine the complex web of social, moral and political concerns that are driving this unrest, with an upclose look at how politics can address the concern of voters driving this populist wave. We will explore how political leaders and strategies, using modern campaign tools, can be more effective in responding to the anxiety that is producing the support for populist movements.